In 2012, five-year-old Allison Shackelford was suffering from a puzzling array of symptoms – a high sustained fever, a rash on her body, bloodshot eyes, joint pain, and peeling skin. She was initially diagnosed with Strep throat and sent home. When Allison’s symptoms didn’t clear up after several courses of antibiotics, her parents went searching for answers and finally spoke with a doctor who diagnosed her with Kawasaki Disease – the leading cause of acquired heart disease in children.  Unfortunately, there is a very small window during which a proper diagnosis and treatment can reduce the likelihood of serious long-term health problems and Allison’s symptoms had lasted for weeks. By the time she was finally diagnosed with Kawasaki Disease, two large aneurysms had formed in her coronary arteries.

There are approximately 20,000 kids in the U.S. living with coronary aneurysms that may eventually require treatment. Current options – open-heart surgery or a metal implant– come with serious risks and negative long-term side effects.

Determined to create a better solution for his daughter and the thousands of kids like her, Aubry Shackelford, a licensed engineer and entrepreneur, teamed up with Dave Rezac, an accomplished medical device engineer who also happens to be Allison’s uncle, and together they formed Pegasus Therapeutics.

The Boston-based team is currently raising funds on IndieGoGo to continue development of their Bioresorbable Flow Diverter – a device that is designed specifically with pediatrics in mind.  Their non-surgical implant is designed to give the artery a chance to heal and then resorb (dissolve) completely after the therapeutic timeframe. Their goal is to leave the artery healed without restricting future vessel growth or limiting options for other treatment that may be needed later in life.

“Ultimately, it is about helping children with coronary artery aneurysms to live longer, healthier more productive lives” says CEO and father Aubry Shackelford. The team is currently raising $50,000 on IndieGoGo so that they can test their prototype on a benchtop model of a simulated heart with coronary aneurysms. 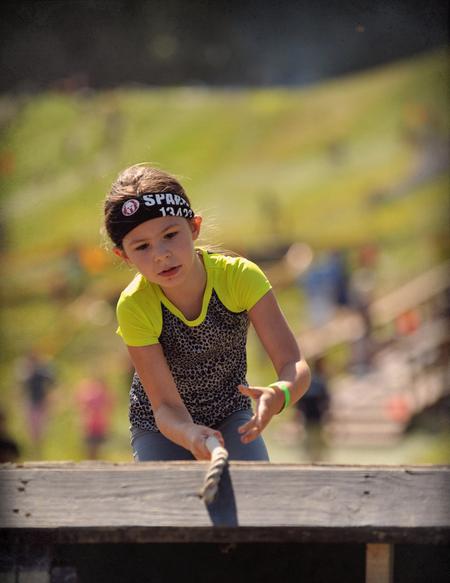 Allison Shackelford doesn't let her complications from Kawasaki Disease keep her down as she scales a wall at a Spartan Race. 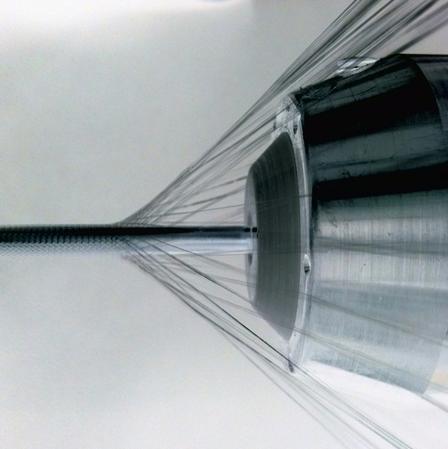 The making of a prototype: the braider at work.